The Importance of Evidence Management Training

For each position within an evidence management unit, agencies should develop and publish the details of the duties and responsibilities – including employee competencies, required knowledge, and the skills needed for optimum job performance.

However, development of performance competency in evidence management operations requires a steep and lengthy learning curve. No one knows this better than the Executive Director of the Evidence Management Institute, Shawn Henderson.

In 2010, Shawn was a Patrol Sergeant for the Carrollton Police Department. Like most law enforcement personnel, he didn’t think about what happens inside an evidence unit; they were just out of sight and out of mind. 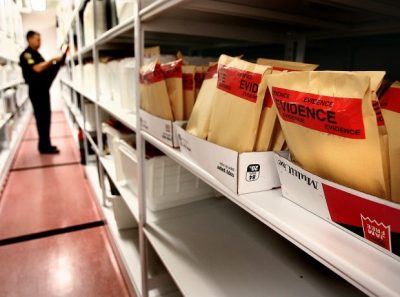 He said, “I’d never really considered evidence before. Never thought about the evidence room. I knew that it existed, but it wasn’t something that I had given any consideration to. I’ll admit, my level of ignorance was pretty vast at that time.

Fast forward a couple of years and I was put in the Evidence Management Unit by an incoming supervisor, and it was not a place that I wanted to go. I had been a pretty outspoken officer and supervisor myself, which made some people mad, so they put me in property evidence. It was really more of a punishment than it was a promotion. What I thought was a punishment, though, turned out to be a blessing.

It turned out to be my dream career, and my life after law enforcement. I adjusted my mindset, and went into the assignment with the idea that, Hey… this is where I’m being put, accept it. I had to assume that it was the right thing, at the right time, in my life. I decided to go there with an open mind, learn as much as I could, and do the absolute best job that I could, while I was assigned there. That’s just the way I believe that you ought to approach any assignment. You need to invest in it, you need to be present, and learn as much as you can in order to address problems.

No one ever sees what goes on inside of an evidence vault because you want to keep that area secure for chain of custody purposes. I’d walked past that door 15 times a day in the past and never once thought about what was like on the other side of the door, until I was assigned there.

When I went into the evidence unit, I was confronted with my ignorance directly and I realized that I was going to have to learn things pretty quickly if I was going to be successful. I started out with zero knowledge, zero understanding, zero appreciation for anything related to evidence. But, after getting the assignment, I went to the property room – which was on the edge of our building, and pretty isolated – and decided to give it my all.”

Evidence Custodians are often ignored. The first thing he did – and the reason he had any level of success as a supervisor in the Evidence Management Unit – was to listen to the people that were already in place; the people that had worked in that unit for years. And, in that group, there was a woman named Mary, who had been there for about 10 years.

The first thing she suggested was that Shawn go to a conference about evidence management. He asked the supervisor – that was assigned there at the time – if he should go. She said, “No,  that’s just a lot of old ladies complaining about property and evidence. There’s nothing there that you need to know.”

He made the decision to listen to Mary, instead of the supervisor. When Shawn went to the conference, that’s where his eyes were opened to the vast array of issues, considerations, and details that have to be aligned in order to successfully manage evidence.

Shawn went on to say, “In the class, I felt like I was drinking from a fire hose. There was so much information, and so many gaps in my knowledge base, I left feeling more ignorant than I was when I entered. I realized how little knowledge I had of evidence management issues and how much I needed to learn if I was going to be successful. 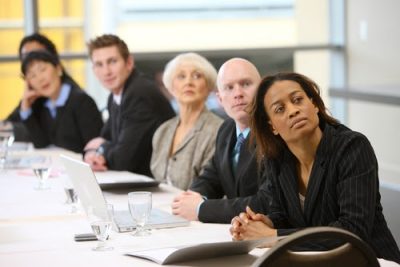 Once I began to get a handle on things, I realized the first thing we had to source was better technology. We needed an evidence tracking system where the officers could enter data directly into the system. Soon, we brought Tracker Products’ evidence tracking software onboard, and that was huge for us because it gave us the tools to eventually perform an inventory, and finally start getting rid of evidence that was eligible for disposition.”

He’s come a long way since then.

Shawn feels strongly about preserving the integrity of property and evidence for its entire lifecycle, because he knows that the handling and management is a direct reflection of the competence, integrity, and training level of both the individual officer and the agency.

He has developed specific EMI Standards and Best Practices, knowing that the consequences of loss, stolen, or damaged evidence will have wide reaching implications across the justice system and agency; including the potential for impacting the prosecution or exoneration of defendants and suspects as well as the possibility of being subjected to public scrutiny, agency discipline, and civil and criminal liability. As a result, EMI’s procedures are designed to manage property and evidence in a manner that provides a level of integrity and accountability required to meet the agency and justice system standards.

In short, implementation and adoption of the Organizational, Staffing and Training standards and practices – recommended by the Evidence Management Institute – promotes a stable organizational baseline for sustainable evidence management.

To learn more about EMI’s Evidence Management Training, or to see the class schedule, CLICK HERE.

If you would like to learn about Tracker Products’ evidence tracking system, visit our sister company HERE.