The Evidence Vault That Time Forgot

The Carrollton Police Department had an evidence management storage facility with approximately 25,000 square feet of space that was grossly disorganized and hadn’t been inventoried in over 50 years. The issues needed to be addressed, but they didn’t have the resources, manpower, or support from administration (at that time) to fix any of them. They just had a to-do list from one of the evidence custodians, Mary, who had been compiling suggestions for years.

Mary was keenly aware of some acute problems that needed to be dealt with, and she’d spent the last 10 years trying to communicate them to her chain of command. There were critical issues with the way evidence was handled; the way evidence was processed, documented, stored, and disposed. She had a list of 45 to 50 things that needed to change, and she sent them to every new incoming supervisor.

Although her recommendations were valid, they remained unheard for over a decade. 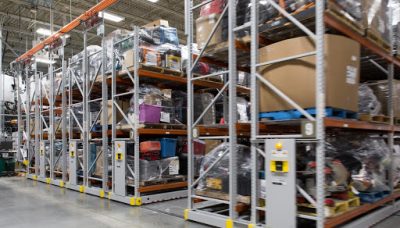 When a new supervisor – Shawn Henderson – joined the team, he was the first person who actually listened to her input. Together they decided to develop an action plan that would eventually lead to doing the first complete inventory in the 50-year history of their law enforcement agency.

RELATED: Evidence Management – The Guy Who Got It Right!

It was daunting, given the amount of disparate issues they had to tackle, and the fact that approximately 70,000 items were stored in the crowded evidence facility.

At the time, they had lackluster tracking software that – although it was being used – was incredibly inefficient. They had a barcode system, but never took the barcode scanners out of the box.

Shawn said, “It might as well have had little pictures of Garanimals that you matched up, in order to make sense of what we had because we didn’t use the barcode system properly. If your barcodes aren’t indexed to anything in a software system, it’s a pretty empty symbol.

Their antiquated system had officers complete a property report on a piece of paper and that piece of paper was turned into the evidence unit, it was then transcribed by a clerk and that clerk put everything into the system. That meant, one person was responsible for logging all of the evidence for a 160 person department!

The result? It was a  disaster. They had a massive backlog of files that needed to be updated. Some of the information was on paper, some of it was in logbooks, some of it was on computers, but they didn’t have a single, definitive source in order to perform an inventory.

So, they started exploring all the different pieces of the puzzle. The first thing that they had to do – before they could ever entertain the idea of an inventory – was to get a single comprehensive source that gave them a list of everything that they were supposed to have in storage at the time.

Shawn said, “The first thing we had to source was better technology. We needed an evidence tracking system where the officers could enter data directly into the system. Having a single clerk responsible for inventory, just wasn’t efficient. It was wasted, and redundant, work. You’d have to enter the same information over, and over, and over again – which I was well aware of that – I just didn’t know how that impacted our evidence operations; how it slowed us down until I literally looked at 13 linear feet of files of paperwork that needed to be updated and put into the system. 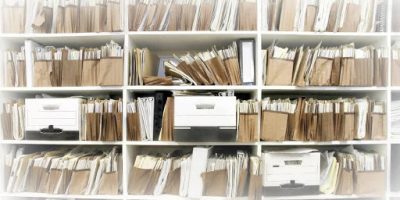 So we started leveraging different resources to help in our data backlog, but we really had to find and source a technology solution that was going to become that single-source database. It took us a good six months of data entry – done by volunteers and officers that were on light duty – in order to knock out that data backlog.

That’s when we brought Tracker Products’ evidence tracking software onboard – a technology provider for evidence management – and that was huge for us because it gave us the tools to eventually perform an inventory, and finally start getting rid of evidence that was eligible for disposition.”

Five years after Shawn became supervisor of the Evidence Management Unit, he printed out Mary’s original list of suggestions and highlighted everything they had accomplished.

Shawn said, “I think for the first time in her tenure as an employee, she was able to look back and see that she had finally been heard. That the things she had talked about for years – and hadn’t felt like anyone was listening – were finally being addressed.”

He then said, “I just went to her 20-year retirement party yesterday and thanked her because she’s the reason that I’m with the Evidence Management Institute today. If it hadn’t been for Mary urging me to take evidence management issues seriously, I could have spent three years playing solitaire in my office and not done a damn thing. But listening to her and understanding the urgency, I decided to roll up my sleeves and start implementing change. All I really had to do was listen to Mary.”

Shawn is now the Executive Director of the Evidence Management Institute. His mission? To elevate evidence management practices, training and consulting across the industry.