The Evidence Management Roles of Custodians and Officers

When you look at the roles and responsibilities of evidence custodians, their duty is: to store and protect the integrity of the evidence until it’s needed for trial, facilitate the evidence’s movement, and arrange for the retention or disposition of evidence. It’s next to impossible for evidence custodians to track the history of each piece of evidence, so officers are the best source of information; including whether it’s still needed or not. Meaning, the responsibility for the initial documentation, packaging, and submission should be transferred to the officer who collected it.

Because evidence custodians are storing evidence on behalf of the officer, the officer should be seen as the administrative owner of the evidence. It’s also an excellent control measure for the department. Think about it, if officers have no idea of the success rate of their cases – I mean you might bring 10 people to jail on a month on dope cases, but if all 10 of those are dismissed – how effective have you been as an investigator?

By including officers in the research and disposition approval process, evidence custodians are well informed about the current status of every item of evidence; which helps with the much-needed disposal process. 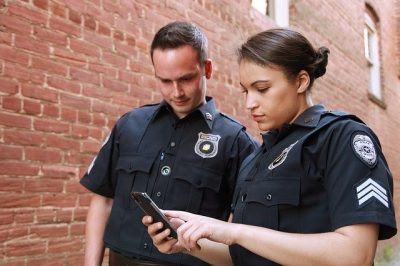 RELATED: RETHINKING THE TRADITIONAL, LINEAR VIEW OF CHAIN OF CUSTODY IN EVIDENCE MANAGEMENT

But, what happens if there’s a police officer whose default mode is to skip the research, ignore the automated requests for updates, and say… just keep the evidence? Tracker Products’ SAFE evidence management software (our sister company) has a built-in safety net.

The directive to retain the evidence would be followed by a request from the evidence custodian, asking for details about: why it needs to be kept, where did they get this information, and when should the case can be reviewed again for disposition.

Officers also need to provide additional documentation, either an image shot of a case of communication or the date that the case was adjudicated. All these are facts that are independently verified, so evidence custodians are going to make their decisions based on objective facts. That way, the officers aren’t just taking a default “No, keep it forever and ever,” without some legitimate purpose for retaining the evidence.

Evidence custodians would then want to look at the documentation that supports their decision for disposition to make sure that it meets the threshold for the agency’s policy and procedure protocols. Which means, there isn’t a single process or methodology, evidence disposition needs to be multipronged, very specific, and clearly defined in the policies and procedures instructions.

But none of this can happen without having a technology solution that is a single-source database; like Tracker Product’s SAFE software.

When Shawn Henderson – the Executive Director of the Evidence Management Institute – was with the Carrollton Police Department, he said, “Once we got the Tracker Products technology up and running – which moved us from paper to digital – our law enforcement agency went through comprehensive training on the new system.

In addition to learning how to use Tracker’s SAFE Software, officers were also trained on appropriate packaging, submission, and documentation practices. Ultimately, it would help officers do their job more efficiently and effectively.

But, there was a lot of pushback because it required the officers to take ownership of the evidence they submitted. We were going to hold them accountable for mistakes and submission errors, and we weren’t going to accept evidence that wasn’t appropriately packaged and labeled. 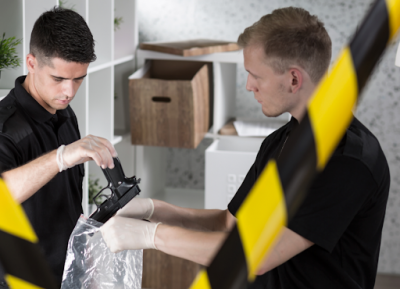 Previously,  officers would fill out a piece of paper, place evidence into an open plastic box, put it inside the evidence locker, and close the door. At that time, our evidence custodians would take the items out, package the items, label the cases and items, and then a clerk would enter them into the computer.

With Tracker Products, the process allowed the officers to document and enter the new evidence directly into the software; bypassing the ineffective and time-consuming paper trail. They packaged the evidence, they labeled the evidence, and they put those packaged, labeled and sealed containers inside the evidence locker for the evidence custodian to inspect them, take custody of them, and store them.

That was a paradigm shift. So we had to change the culture, our practices, and our processes, in order to be aligned with the best practices of evidence management. We expected some balking. Fortunately, once we explained the reason for it, and the methodology behind the new tasks and processes officers were supportive of it.”

If you, or someone you work with, would like to train with Shawn, the Evidence Management Institute provides comprehensive and relevant evidence management training for evidence professionals that meets the unique and changing needs of today’s evidence room operations.

The two-day EMI Evidence Management Professional Certification class focuses on principles, processes, and problem solving to equip evidence personnel with the essential knowledge and skills required to ensure the integrity of all of the evidence in your agency’s property room. To learn more – and see the dates and locations of the classes – CLICK HERE.