With every criminal case – whether it’s petty theft or a capital murder – justice hinges on just two things: integrity and doubt. When what we say is incongruent with what we do, that in the trade, is what we call a lie. Integrity means doing what you say you’re going to do, no matter the obstacles or challenges.

The polar opposite of integrity is doubt. Doubt is the baseline for determining innocence within our criminal justice system. If a defense attorney can introduce a reasonable amount of doubt, then the case for the prosecution is lost. As people become more sophisticated consumers of justice, they understand that the place where defense attorneys are going to attack a criminal case is going to be with the evidence; because that’s the easiest way to create doubt. So, it’s imperative that the evidence has been handled with integrity, and an infallible chain of custody can be established, documented, and proven. 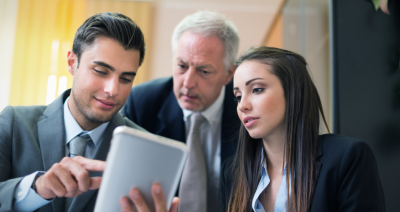 Our culture used to trust law enforcement. In the past, their word was presumed to be credible. We don’t live in a society like that anymore. Our culture demands proof that the integrity of the evidence has been maintained throughout its entire lifecycle. But, evidence management simply cannot be done effectively without state-of-the-art evidence management software like Tracker’s SAFE software.

Why is the integrity of evidence custodians so important?

If you look at an evidence management unit, it’s a litmus test for the integrity of law enforcement agencies as a whole. If their evidence operations are ineffective, then chances are they’ve got some pretty deep issues.

For example, when you look at a law enforcement evidence management unit, it’s isolated. Usually, everything occurs behind locked doors, in a closed system. There’s restricted access, limited visibility, and lower levels of support than in patrol or investigation departments. But… what they do impacts everybody.

So when you put those conditions together: restricted access, limited visibility, and lower levels of support, that’s the perfect storm for creating a failure point.

At the Evidence Management Institute, we teach three different processes in our classes and we have recommendations for each of them. We cover inspections, audits, and inventory;  specifically within the Tracker Products’ SAFE software, and how it can facilitate implementing each of these accountability processes. Today, we’ll focus on inspections…

We recommend that people inspect their operations at least once a month. That might seem like an overly simplistic thing to recommend, but I can say – with a 90% degree of confidence – that most agencies never inspect their own operations, much less document it, if they do perform inspections. In the current law enforcement and justice environment, if something isn’t documented, it didn’t happen. So, we recommend an inspection process with a detailed documented account of the concerns. And, it should include: a)  a review of safety issues within the facility and b) the facility storage facility conditions. 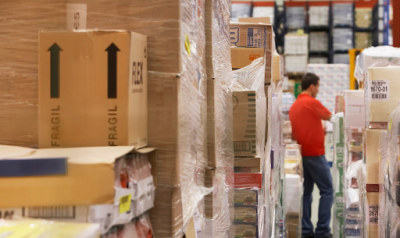 I mean, if you’ve got A Decrepit Evidence Facility, leaky pipes, an unorganized mess, undocumented spills, packages that are torn open, or labels that are falling off, you want to document that and resolve it early. Inspections compel agencies to fix problems. And if you do regular inspections, the audit at the end of each year is not going to be nearly as painful.

One of the things that we recommend for general evidence facilities, is to maintain the temperature between 60 degrees Fahrenheit and 75 degrees Fahrenheit with the humidity level lower than 60%. But remember, even if evidence custodians have maintained a temperature controlled environment, but they don’t document the facility conditions, then it never happened. They should also inspect the facility for operational readiness; making sure that they’re equipped with the appropriate supplies to do their job.

We offer a template that we encourage people to follow, but it’s not specific to any organization. The most important thing to maintain the integrity of your agency is… when you find problems, you should immediately assign a resolution to someone who can be held accountable for fixing them. By adopting a regular inspection process, you find issues early and can get them resolved quickly. That’s why we recommend at least a minimum monthly interval for inspections.

If you would like to learn about Tracker Products’ SAFE evidence tracking software, visit our sister company HERE.