Who Owns Your Evidence?

Taking the first step away from a “submit it and forget it” evidence culture.

A Serious Question for Police and Law Enforcement: Who Owns Your Evidence?

By Shawn Henderson, Executive Director of the Evidence Management Institute

I’d bet everything I own that the following conversation happened somewhere today at a police department near you. It usually goes something like this:

Gracious and Noble Evidence Manager: “Hey, Officer Smith! I need you to send me an approval to dispose of the evidence associated with that drug case that just got adjudicated.”

Officer Smith: “I don’t care what you do with it. I turned it in. It’s your evidence now.” 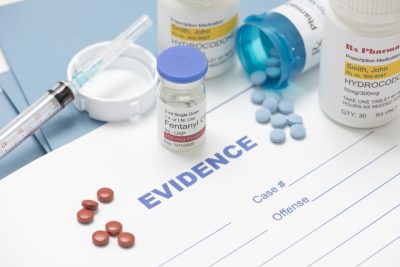 That’s an endlessly frustrating conversation that happens over and over again between evidence managers and officers or investigators. While it’s easy enough to blame the officer for their lack of concern or attentiveness, the problem is usually a little deeper than one officer or one drug case; it’s an agency culture issue rooted in a flawed view of evidence ownership.

If your agency has never taken the time to specifically identify evidence ownership, then we are each left to assume that it’s someone else’s responsibility. If that’s the case, the only safe assumption is that there will be lots of finger-pointing and very little accountability for ownership.

The Submit It and Forget It Culture

Evidence ownership is the root cause of the “submit it and forget it” evidence culture prevalent across the justice system today. In an agency where officers routinely submit evidence, but have no future responsibilities for making disposal decisions, they tend to forget about the case and the evidence until it goes to trial. Given the fact that only 1% of case evidence ever goes all the way to court, that leaves a lot of evidence to be submitted and forgotten by officers.

The problem with the “submit it and forget it” evidence culture is the resulting loss of accountability and a fundamental lapse in the integrity of our evidence. In a culture like this, something is inevitably going to be destroyed before it’s due for disposition. Our country was founded on the balance of power concept for a reason; so that no particular group or individual has too much control or decision-making authority over something that directly impacts the entire system.

An evidence manager’s job is to properly secure and store evidence on behalf of the officers and investigators who submit evidence. In “submit it and forget it” evidence cultures they are also made responsible for authorizing, approving and physically disposing of evidence related to criminal cases, even without any direct or first-hand case knowledge. It’s failure by design.

If evidence integrity isn’t enough to move your agency culture in the right direction towards evidence ownership, there is another compelling reason to change course and take a new direction. In agencies where the “submit it and forget it” culture is alive and well, most officers have zero knowledge of how effective they are as investigators.  It’s pretty simple. If you file 50 drug cases a year, and you have no idea how many cases have actually gone to trial or have been adjudicated; then you have no idea how effective you are as an investigator. You may have filed 50 cases, but if only three resulted in convictions, you’ve got some work to do as an investigator.

In agencies where officers know or care about what happens to their cases, they generally have the same level of concern about the evidence they submit. The collateral damage of a “submit it and forget it” evidence culture is an investigative culture where there is no measurement or expectation of effective investigative work.

I’m going to brazenly steal a new word coined by police Commander Caleb West from the Carrollton Police Department in Texas. After assuming command over the department’s evidence unit, he quickly developed an understanding of the inherent risks associated with the “submit it and forget it” evidence culture.

Setting the expectation that evidence custodians should “custode” the evidence in their care and custody isn’t a novel concept, but it’s unfortunately a pretty rare phenomenon.

So, what is the best approach for re-thinking evidence ownership for all the stakeholders in the justice system? The answer is fairly straight-forward and simple and takes every role and stakeholder into account:

Actually owned.  Evidence is actually owned by the rightful property owner. This is an important consideration for evidence management. Unless a court awards ownership or the item is contraband in nature, the item in question normally has a rightful owner. At the end of the item’s lifecycle as evidence, we generally have an obligation to return things to a rightful owner.

Rethinking evidence ownership is a huge first step away from the “submit it and forget it” evidence culture and a huge step towards sustainable, effective and efficient evidence management operations. Shedding a bad practice will always involve push back and will likely be accompanied by lots of grumbling, but it’s worth the effort and the dividend it will pay in terms of evidence integrity and accountability.

Don’t let the prospect of a little grumbling dissuade you from taking a step in the right direction. I was a street cop for a long time too, and I would complain about almost anything for both sport and pleasure, almost to the level of an art form.

Our agency values, practices and beliefs regarding evidence ownership reflect a lot about the overall culture of the agency. Where there is concern and value for the appropriate management of evidence, there is usually an underlying culture supportive of justice. It’s a litmus test for agency integrity, and it’s worth the effort to see it change.

Previous: Changing the Landscape in Evidence Management
Next: Rethinking the traditional, linear view of chain of custody in evidence management